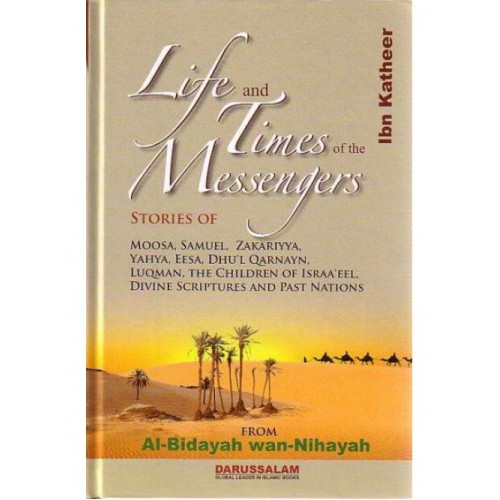 Al Bidayah wa Nihaya (2), Life and Times of the Messengers

Al Bidayah wa Nihaya (2), Life and Times of the Messengers

This second part consists of the stories of Prophet Musa, Samuel, Zakariyyah, Yahya, Eeesa (Jesus), Dhu'l Qarnayn, and Luqman. It also covers the children of Israa'eel (Bani Israeel), divine scriptures and past nations.

The exact number of prophets and messengers sent by Allah is not known, but the Qur'an makes clear that all of the prophets were sent to various nations to preach Islamic monotheism.

Muslims believe that all the Divine Messengers â€” including those in common with Judaism and Christianity â€” conveyed the same message of true monotheism and submission to the one God, Allah. Belief in these prophets and messengers is an essential part of the Islamic faith and Muslims do not differentiate between them, according them all the same respect and reverence.